Frank Santini
Tuesday, November 17, 2015
★★★★★
“ When I was injured my life seemed so confusing. While I focused on getting better, Matt Trapani worked on my behalf with the insurance companies and doctors’ offices to solve problems and relieve the stress. Matt walked my family and I through every aspect of what to expect and he’s taken great care of us.”
- Lorna Ellis

Frank Santini
Sunday, December 20, 2015
★★★★★
“ Working with the Trapani Law Firm was a great experience! Attorney Trapani helped me with my car accident case and the results were outstanding. Additionally, my calls were always responded to with prompt professionalism and an abundance of knowledge. You guys are the best and I will recommend you to anyone who has been the victim of a personal injury or car accident!”
- Tim McMahon

Frank Santini
Tuesday, January 5, 2016
★★★★★
“ After I was injured in a car accident, I didn’t know where to turn. Matt has been there from the start. He’s always there to explain each step along the way and answer all of my questions to the fullest. Thank you Matt for being there for us.”
- Samantha Armstrong 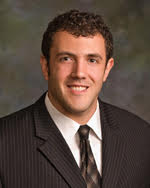 Among his many litigation accomplishments, Frank:

In addition to his significant personal injury and business law experience, Frank has noteworthy experience in cybersecrity and data privacy matters.  He has been invited to speak on the topic for such prestigious organizations as Financial Executives International, the National Apartment Association, and the Florida Institute of Certified Public Accountants, among many others.  Frank has authored articles published by the American Bar Association and Daily Business Review, and has been cited in news publications like the Tampa Bay Business Journal, Business Observer, and Multi-Housing News.

As an undergraduate at Muhlenberg College in Allentown PA, Frank was a decorated offensive lineman on the football team earning Academic All-American and Unanimous 1st Team All-Conference honors, as well as serving as team captain.  Frank was also a conference champion in the shot-put and broke his college’s 30-year-old shot-put record.

Frank was raised on a small dairy farm in Phillipsburg, New Jersey.  He attended Wilson public high school in Easton PA and earned full scholarships to both college and law school.