Lauren Sandy
Tuesday, November 17, 2015
★★★★★
“ When I was injured my life seemed so confusing. While I focused on getting better, Matt Trapani worked on my behalf with the insurance companies and doctors’ offices to solve problems and relieve the stress. Matt walked my family and I through every aspect of what to expect and he’s taken great care of us.”
- Lorna Ellis

Lauren Sandy
Sunday, December 20, 2015
★★★★★
“ Working with the Trapani Law Firm was a great experience! Attorney Trapani helped me with my car accident case and the results were outstanding. Additionally, my calls were always responded to with prompt professionalism and an abundance of knowledge. You guys are the best and I will recommend you to anyone who has been the victim of a personal injury or car accident!”
- Tim McMahon

Lauren Sandy
Tuesday, January 5, 2016
★★★★★
“ After I was injured in a car accident, I didn’t know where to turn. Matt has been there from the start. He’s always there to explain each step along the way and answer all of my questions to the fullest. Thank you Matt for being there for us.”
- Samantha Armstrong 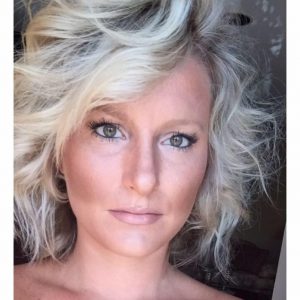 LAUREN SANDY (Of Counsel) is licensed to practice law in all of New Jersey’s 21 counties. She has represented public and private sector employees and labor unions for over ten years. Ms. Sandy concentrates her practice largely on the representation of health care professionals, law enforcement officers and other public or private sector employees. Her representation includes a wide range of labor and employment, contract, administrative, and disciplinary matters. Ms. Sandy primarily handles contract negotiations, representation of employees in disciplinary proceedings, and grievance arbitrations. She works extensively on negotiations with employers on behalf of employees and unions. Ms. Sandy is a policemen’s benevolent association legal protection plan attorney and a state troopers fraternal association legal defense assistance plan attorney.

Ms. Sandy graduated from The Pennsylvania State University with a B.A. in Political Science in 2004 and received her Juris Doctorate from Widener University School of Law in 2007. While at the Widener School of Law, Ms. Sandy was admitted to practice law in the family court system where she represented women and children who were victims of domestic violence to help obtain protection from abuse orders and custody agreements.

Ms. Sandy was the assistant municipal prosecutor in the borough of Haledon from 2012 through 2014. Lauren Sandy is an accomplished attorney with a strong background in labor law, contract negotiations, and arbitration, including experience practicing before various county Superior Courts, the Appellate Division, and the Supreme Court of New Jersey. She manages all aspects of cases from inception through litigation completion. Ms. Sandy has been licensed to practice law since 2007. She is also licensed to practice before the Supreme Court of the United States.